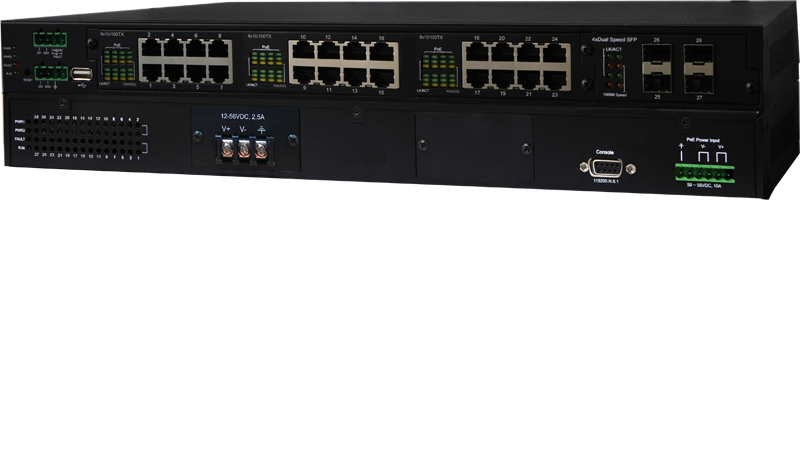 Lantech IPES-3424DSFP-2P features enhanced G.8032 ring which can be self-healed in less than 20ms for single ring topology protection covering Multicast packets. It also supports various ring topologies that covers double ring, multi-chain (under enhanced ring), train ring, basic ring by easy setup than others. The innovative auto-Ring configurator (auto mode) can calculate owner and neighbor in one step. It supports MSTP that allows RSTP over Vlan for redundant links with 8/16* MSTI.

The IPES-3424DSFP-2P also embedded several features for stronger and reliable network protection in an easy and intuitive way. When the pre-set ring configuration failed or looped by miss-wiring, Lantech IPES-3424DSFP-2P is able to alert with the LED indicator and send out an email, traps or a SMS text. Repowered auto ring restore function (node failure protection) ensures the switches in a ring to survive after power breakout is back. The status can be shown in NMS when each switch is back. This feature prevents the broken ring and keep ring alive without any re-configuration needed when power back. Loop protection is also available to prevent the generation of broadcast storm when a dumb switch is inserted in a closed loop connection.

DHCP option 82 and relay agent function (Port/Vlan based DHCP distribution) can offer the same IP address on port base or vlan base where there is need to replace the new device connecting to Lantech switches to avoid any network disruption. The built-in DHCP Option 82 server offers the convenience of policy setting on the switch. Mac based DHCP server function assigns an IP address according to its MAC address to include dumb switches in DHCP network.

Lantech IPES-3424DSFP-2P configuration can be exported and editable which makes the mass deployment easier. Also, it designs with a factory reset button where user can reset all settings to factory default. The built-in watch dog design can reboot switch automatically when CPU is found dead. IPES-3424DSFP-2P supports USB dongle where can automatically back up the configuration or editable restoration for easy maintenance swapping a broken switch.

QoS by VLAN can allow switch to tag QoS by VLAN regardless the devices acknowledge QoS or not in which greatly enhance the bandwidth management in a network.

The IPES-3424DSFP-2P DIDO function can support additional open/close physical contact for designate applications besides Port / Power events, for example, DIDO function can trigger alarm if the switch was moved or stolen. In case of events, the IPES-3424DSFP-2P will immediately send an email, SMS text to pre-defined addresses as well as SNMP Traps out. It provides 2DI and 2DO while disconnection of the specific port was detected; DO will activate the signal LED to alarm. DI can integrate the sensors into the auto alarm system and transfer the alarm information to IP network with email, text and SNMP. 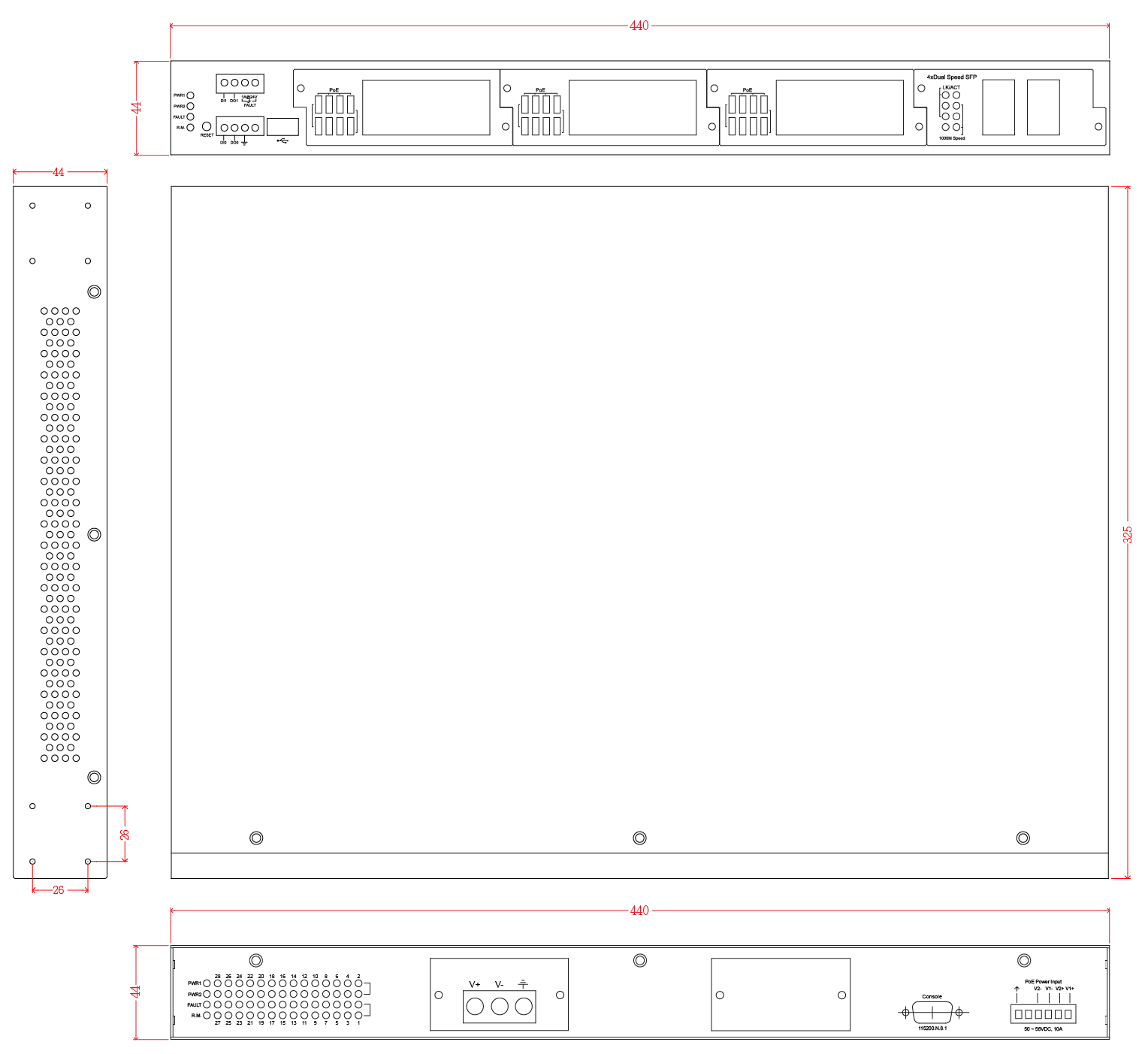