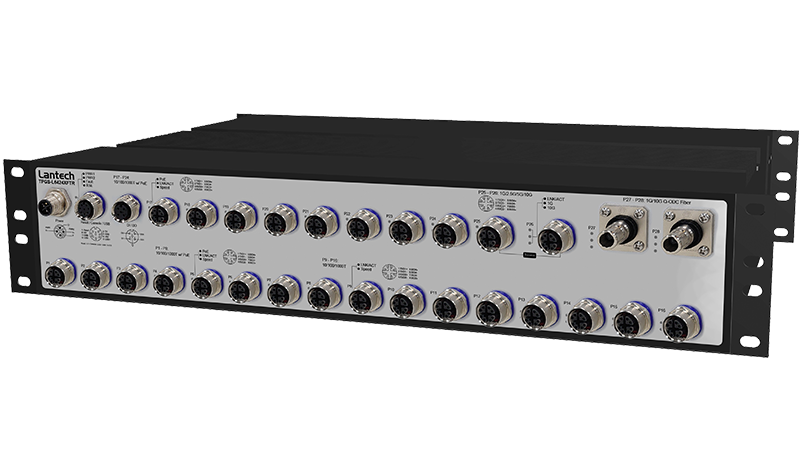 Dual WVI input with max PoE budget and Inrush current protection
The TPGS-L6424XFTR WVI model accept 16.8~137.5VDC dual input with galvanic protection and can feed 54V output for PoE feeding with 100W budget and optional 240W**. A voltage which can be minimal 0,5 Un nominal voltage (when Vin≧36V) and/or a voltage which can be maximal 1,5 Un nominal voltage for more than 1000 consecutive ms (one second). The inrush current on initial power up can be limited lower than 10 x nominal current and for less than 1ms.

Up to 16 PoE at/af ports w/advanced PoE management
Compliant with 802.3af/at standard, the Lantech TPGS-L6424XFTR can feed each PoE port up to 30 Watt at each PoE port for various IP PD devices. Lantech TPGS-L6424XFTR supports advanced PoE management including PoE detection and scheduling. PoE detection can detect if the connected PD hangs then restart the PD; PoE scheduling is to allow pre-set power feeding schedule upon routine time table. Each PoE ports can be Enabled/disabled, get the voltage, current, Watt, and temperature info displayed on WebUI.

Miss-wiring avoidance, Loop protection, Node failure protection
The TPGS-L6424XFTR also embedded several features for stronger and reliable network protection in an easy and intuitive way. When the pre-set ring configuration failed or looped by miss-wiring, Lantech TPGS-L6424XFTR can alert with the LED indicator and disable ring automatically. Node failure protection ensures the switches in a ring to survive after power breakout is back. The status can be shown in NMS when each switch is back. Loop protection is also available to prevent the generation of broadcast storm when a dumb switch is inserted in a closed loop connection.

Enhanced Storm control
Storm control prevents traffic on a LAN from being disrupted by a broadcast, multicast, or unicast storm on one of the physical interfaces and the detection is more precise and reaction is more efficient.

DHCP option 82 & Port based, Mac based DHCP, Option66, DHCP Snooping, IPv6 DHCP server
DHCP option 82 and Port based DHCP function can offer the same IP address on port base or VLAN base where there is need to replace the new device connecting to Lantech switches to avoid any network disruption. The built-in DHCP Option 82 server offers the convenience of policy setting on the switch. Mac based DHCP server function assigns an IP address according to its MAC address to include dumb switches in DHCP network. DHCP option 66 is also supported. Basic IPv6 DHCP server can be supported.

Event log & message; 2DI + 2DO; Factory default pin
TPGS-L6424XFTR provides 2DI and 2DO. When disconnection of the specific port was detected; DO will activate the signal LED to alarm. DI can integrate the sensors for events and DO will trigger the outside alarm and switch will send alert information to IP network with email and traps. The factory reset pin can restore the setting back to factory default.

Optional smart bypass protection on 10G cooper ports
The bypass relay is set to bypass the switch to the next one when power is off to prevent network disruption. Lantech bypass caters to remain in bypass mode until the switch is completely booting up when power is back to avoid another network lost. Optional smart bypass (one pair copper bypass) can be activated when switch encounters power failure or CPU hang. (-BT) 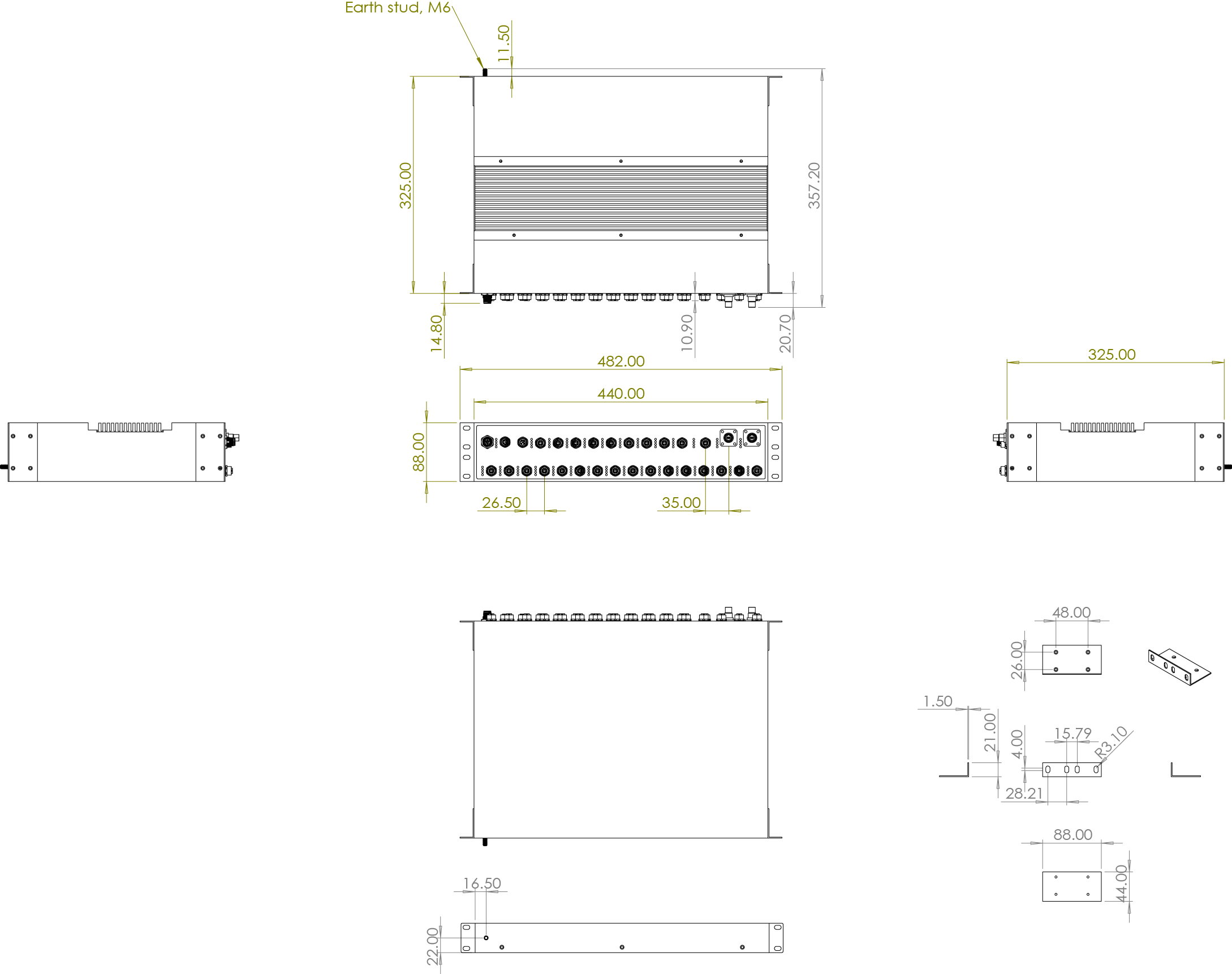